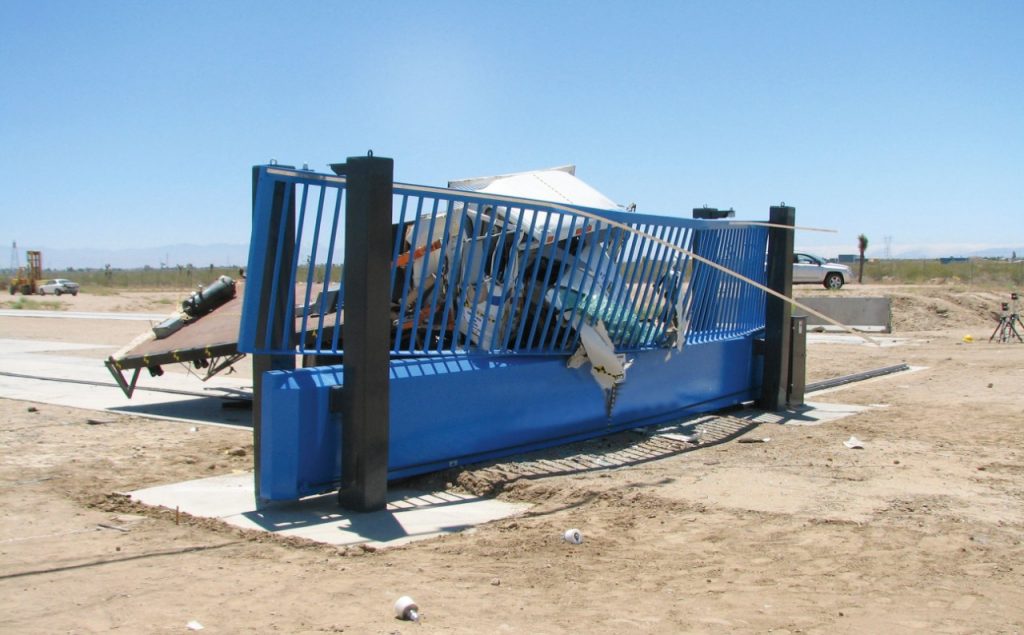 Only a crash test can ultimately prove the resistance to an applied impact load, ensuring compliance as per the required level of security. Which is why it’s important to understand what the different standards are and how to read their certifications, to ensure you are specifying the correct solution for your requirements.

To see how the HVM products provided by Meesons performed, please view our crash test videos. 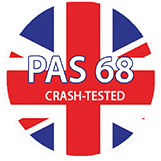 PAS 68 is the latest Publicly Available Specification for Vehicle Security Barriers (VSB). Prepared in conjunction between the Centre for the Protection of National Infrastructure (CPNI) and the British Standards Institution (BSI), it is the UK’s standard and the security industry’s benchmark for HVM solutions. Since its original development, PAS 68 has gone through several versions, with 2013 being the most recent.

A common misconception when specifying HVM solutions is that all PAS 68 products are the same, however this is not the case. The PAS 68 rating covers a wide range of products and factors such as the size and weight of vehicle, and the speed it’s travelling at, all dictates which solution would be best suited for your needs. Under the PAS 68 standard the vehicle penetration distance is measured from the rear face of the VSB. The PAS 68 test rating is displayed as a series of letters and numbers e.g. PAS 68:2013: Blocker V/7500[N3]/80/90:0.0/18.0 which can be broken down in to the following categories;

IWA 14-1:2013 is the International Workshop Agreement (IWA) which is overseen by the International Organisation for Standardisation. Prepared in conjunction with CPNI/ BSI and US Department of State, the IWA 14 Standard harmonises the performance requirements (vehicle impact test method and performance ratings) of the PAS 68 and ASTM F 2656 Standards.

The test consists of a vehicle being driven into a VSB to assess its effectiveness. IWA 14- 1 test ratings are based on nine types of test vehicles with up to seven test speeds. In the IWA standard vehicle penetration distance is measured from the front face of the VSB. Like the PAS 68 standard the test rating consists of a series of letters and numbers; IWA 14-1:2013: Blocker V/7200[N3C]/80/90:0.0 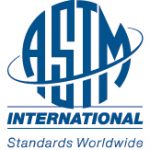 The ASTM standard rates VSB’s, in 21 impact categories with six types of test vehicle. There are four predetermined impact velocities for each vehicle category. Vehicle penetration distance is measured from the front face of the VSB and classified into three categories of penetration rating.

Businesses, governments and individuals collaborate openly and transparently in ASTM technical committees, ensuring ASTM standards combine market relevance with the highest technical quality. The ASTM standard is predominately used in the United States (US) and for US Government, Military and critical infrastructure sites (i.e US Chemicals, Oil companies etc.) based in other countries.

If you need any further advise on crash tested HVM solutions or have any questions regarding PAS 68, IWA 14-1 or ASTM, please contact a member of the Meesons team on  0870 787 7846 or enquiries@meesons.com